Due to the large-scale earthquake that happened at 26th December 2004 which occurred in Sumatra, Indonesia, extensive damage is resulted not only to Indonesia, but also a wide range of countries surrounding the Indian Ocean by the tsunami which arose later. When we visited the site, Waseda University Faculty of Science and Engineering`s Professor, Masanori Hamada was questioned by a girl. 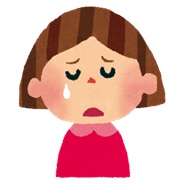 "As I have suffered damage from the earthquake in Japan since long time ago, why did not you tell us that knowledge?"

Recognized strongly the need for disaster prevention education for young people, Hamada Professor posed this question, and established WASEND. We are now conducting activities by the college students, mainly focused to the elders. Activities are primarily inside Japan, but there are also activities in Indonesia.